Integrator On In Position

On systems with a non-linear response, the Integral Term can become large (wind up) during the move. This will result in the Target Position overshooting or undershooting the Command Position, and the axis will take a long time getting into position. One way to solve this problem is to turn of the integrator during the move, when it is not so useful anyhow, then turn it on when the axis gets close to the final position, which is where the integral gain is typically very useful for holding final position. This also makes it possible to make the Integral Gain much larger than otherwise possible.

The attached RMCTools project has a user program that shows how to turn the integrator off during the move, and turn it on at the end of the move. 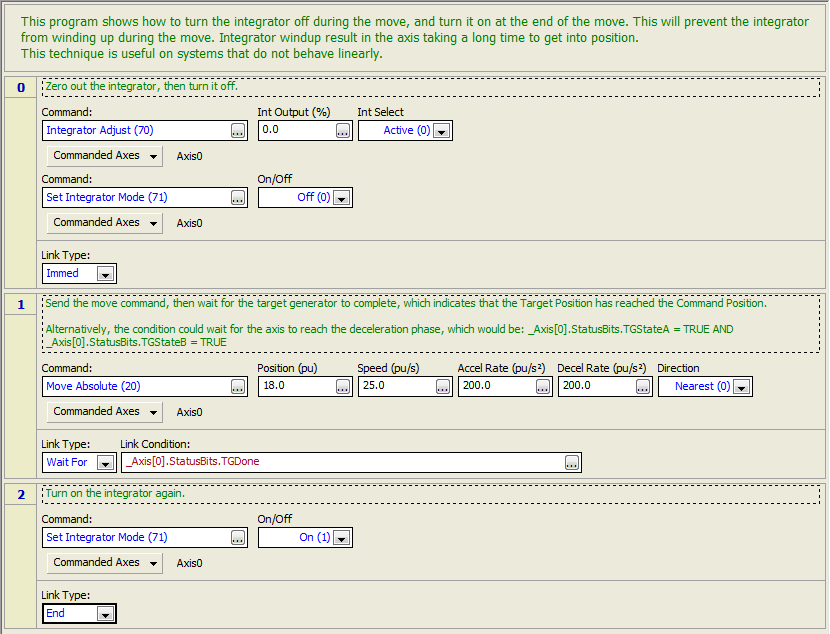 This example is one user program that runs continuously (you will need a task dedicated to this), and applies the feature to any of up to 8 axes. Use the bits in the EnableIntegratorOnInPos variable to enable this feature for the axes you want.