VideoSync is a Qt C++ application that allows the user to load an RMCTools plot file alongside one or more video files and play them simultaneously. In doing this, the user can observe what was happening to their physical system while the RMC was reporting data. 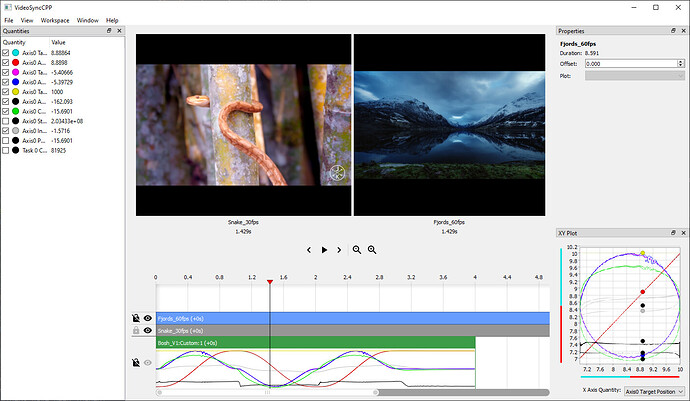 The user should make sure the K-Lite Codec Pack is installed (the Basic version is sufficient). If it is not installed, the application may be unable to load videos.

The help documentation is built using Jekyll; see their website for instructions on setting it up. Once it is set up and installed, along with Qt, the help documentation can be built by running the script help/makehelp.bat. Then, copy the folder help/_site, paste it into the same folder as VideoSync.exe, and rename it help.

VideoSync has not been thoroughly tested, and is provided without any warranty.
The following bugs have been observed in VideoSync: 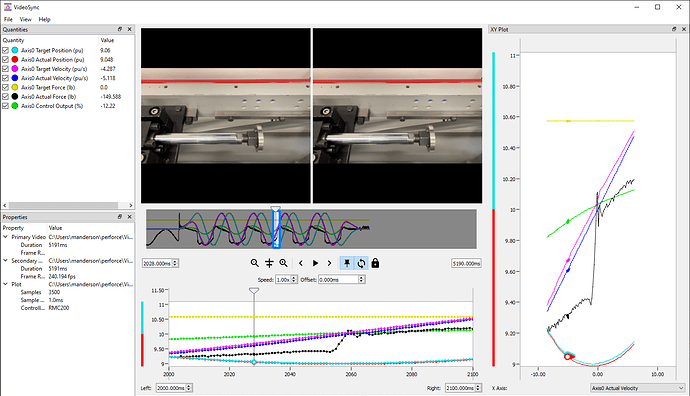 Before the C++ version started development, VideoSync was being developed using Python and the PyQt bindings for Qt. It includes some features not present in the C++ version, but also has some drawbacks.

Comparison of C++ and Python versions